Using Inertial Sensors in Research: What to Take into Consideration

Man with Machine Versus Man Without Machine: Debunking the Myths

The Importance of Stabilizing the Lameness

July 10, 2018 no comments in Stabilizing Lameness, The Latest in Objective Lameness Evaluation 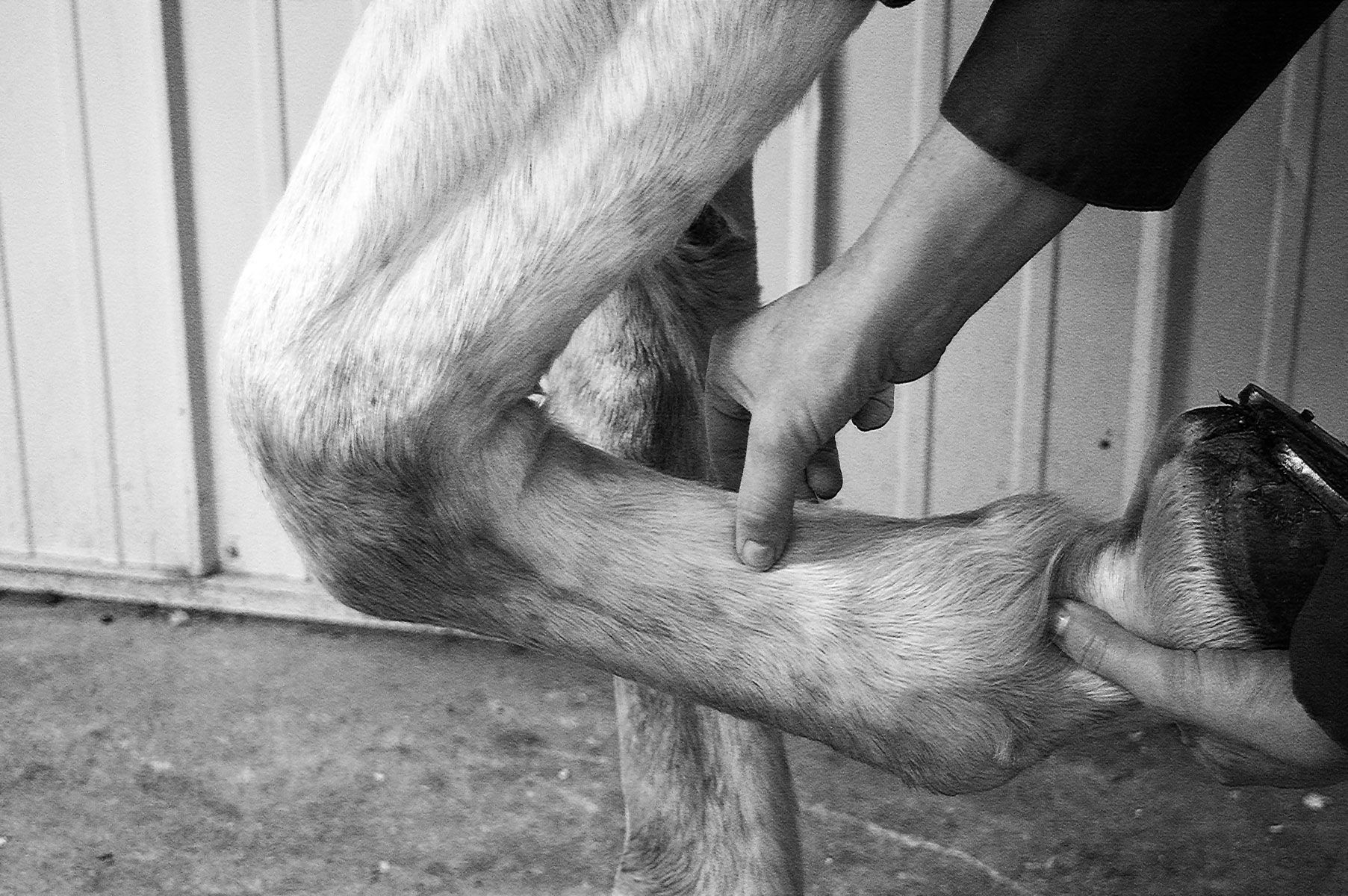 Before the availability of body-mounted inertial sensors, I failed to recognize that the clinical sign of lameness was frequently not displayed by the horse clearly (above thresholds) and/or consistently (with low variability) when first examined; that is, when first pulled out of the stall or trailer for examination.

Two different observations, coupled with clinical impressions over the years, have caused me now to think that this is actually a common phenomenon.

A rough guess is that in about 1 out of 4 cases, the horse fails to display clear or consistent lameness signs. In research projects using horses with natural or induced lameness, and in following horses in the clinic with known lameness conditions as part of routine assessment of improvement, I frequently have the opportunity to perform multiple lameness evaluations over multiple days on these horses.

The second observation, in research investigations with body-mounted inertial sensors, some lame horses in control groups, with no intervention, improve or worsen in lameness significantly between baseline and first evaluation, i.e. they changed spontaneously.

I am not certain why this happens; and probably the explanation is multifactorial and variable, but it happens nonetheless. When using simple, subjective evaluation, we tend to either not notice this or just shrug it off. It is not difficult to realize the mistakes that can be made in the evaluation of response to blocks if lameness changes spontaneously like this.

Below are two reports of an unstable lameness. This first was collected immediately before the second. The lame limbs are consistent, but their amplitudes are not. If the horse had been blocked immediately after trial one, either in the LF or RH, it would have appeared that the horse improved because of the block.  The real improvement occurred spontaneously.

However, I have found over the years, using either cameras and markers or body-mounted inertial sensors, that the lameness can be “stabilized” by simply trotting the horse back and forth a few times or lunging (if the horse lunges) the horse in both directions, each for about 3 to 5 minutes.  So, my standard method of lameness evaluation with the inertial sensors now starts off with trotting the horse in a straight line, back and forth, twice, as one trial. I then repeat the trial.

These two trials are compared.

If the lameness is not stable, i.e. if the lameness is not in the same limb, at approximately the same amplitude (within +/- 8.5 mm for VS for forelimb lameness, and +/- 3 mm for DiffMax and DiffMin pelvis for hind limb lameness), and at an acceptable consistency (standard deviations not too much higher than the average), then I either keep collecting trials until they are consistent, or I will do other things to attempt to stabilize the lameness.  Some horses stabilize their lameness after flexion tests.  Or the owner or an assistant will lunge the horse in our sand arena in either direction for 3-5 minutes. I then repeat the straight line trials to see if the lameness has become stable.

Then, and only then, will I launch into a blocking campaign trying to discover the true foci of lameness. If the lameness does not stabilize, then the horse is not blocked, and the lameness evaluation takes on a different approach.

Some have asked me if this would not, in some cases, warm the horse out of the lameness, making it undiscoverable. This may occur, but if the horse warms out of the lameness in such a short time, with this limited amount of exercise, then it probably is not an important lameness. A good history can alert you to this; but in horses that warm out of lameness so quickly, it will be difficult to localize with blocks anyway.

Do this and I think you will eliminate some of the headaches and interpretation mistakes while evaluating blocks with objective measurements.

Some unruly horses measure with high variability of lameness, especially in the forelimbs, because they are not trotting consistently. Also, their adrenaline level is high, and pain is masked. A small amount of sedation will usually help. (I use 0.1-0.15 cc Dormosedan because I like to use the small tuberculin syringe and needle.) This has been shown to be inconsequential to the display of lameness. In some instances, the lameness is actually displayed stronger with mild sedation.

Some horses never stabilize their lameness. You cannot block these horses and expect to find out anything useful, and it is futile to try.

If one encounters a horse that does not stabilize its lameness, or one that displays variable lameness — of different type (impact/pushoff), in different limbs, or of wide variation of amplitude, neurologic dysfunction should be more strongly considered.