November 8, 2019 no comments in The Latest in Objective Lameness Evaluation 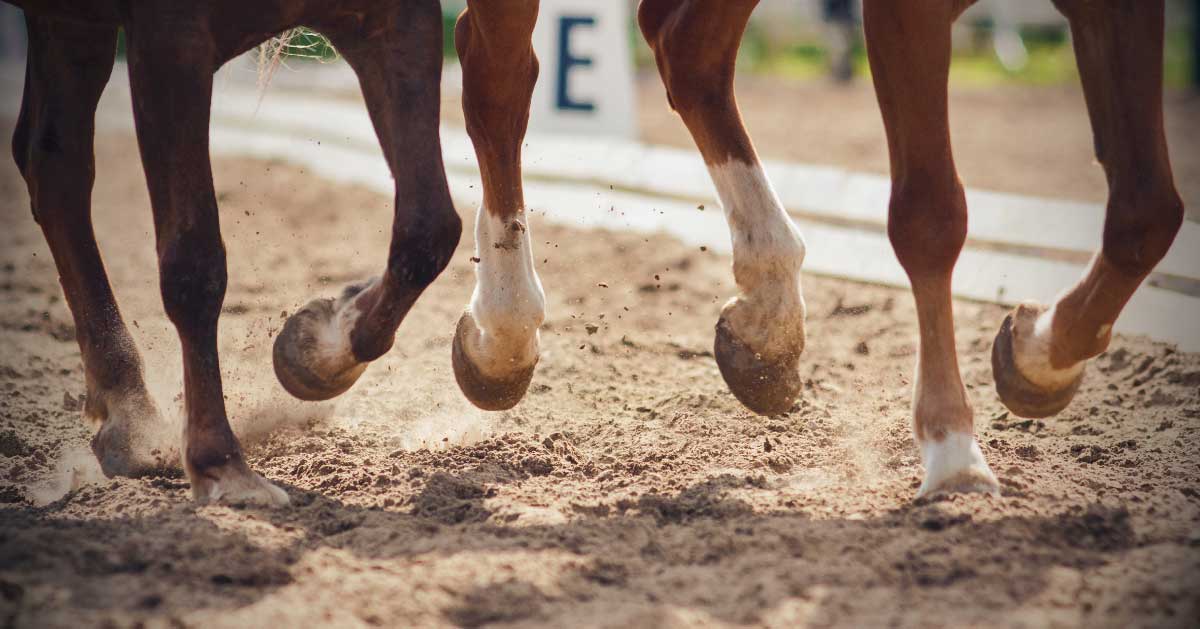 LEXINGTON, Kentucky – Nov 5, 2019 – We at the North American Association of Racetrack Veterinarians (NAARV) applaud the recent efforts of the California regulatory panel in its effort to improve the safety of the Breeders’ Cup and its equine participants.

We believe the panel needs to continue evaluating its pre-race protocol specifically to more carefully scrutinize horses both live and by video. The NAARV suggests and proposes the use of inertial sensor (Lameness Locator®) stride evaluation for data collection and lameness identification in addition to the existing pre-race examination. This technology is easy to use and would require minimal training of personnel. The advantage of this technology is that it provides an objective evaluation of a horse’s gait, thereby eliminating finger pointing and blame surrounding an unsound horse. The NAARV believe that the implementation of this technology is currently the best idea going forward in the effort to improve the scrutiny of the soundness of the equine athlete.

The NAARV also strongly supports the research at UC Davis of the advanced technology of Standing PET (Positron Emissions Tomography) scans for examining the equine athlete. The NAARV was privileged and fortunate enough to be the first organization to be introduced to the technology from UC Davis associate professor Mathieu Spriet, DVM, MS, Dipl. ACVR, Dipl. ECVDI at its sixth annual meeting and symposium in Pasadena, Calif., following the Breeders’ Cup. While PET scans are far from being applied clinically at the racetrack, we applaud The Stronach Group for its willingness to embrace this technology.

Currently within the racing community, continuing education is required for all veterinarians and stewards in order to maintain their accreditation for their respective trades. The NAARV believes that CE should be created and required for trainers to similarly retain their credentials.

NAARV supports racing rules that foster the optimal safety of the racehorse, the safety of their jockeys, and the longevity of the horse business in North America. We advocate for claiming rules that make racing safer. We support allowing for the return of unsound claimed horses to their previous owner(s), as well as waivers for horses unable to start within six months of a claim. We support the increase of the bottom claiming prices. Horses are valuable and should be treated as such. While the cost of producing and training a racehorse has gone up exponentially, claiming prices have gone down. This is an unsustainable model for both the horse and owner.

We also support changes to maiden races to allow horses to compete at different class levels without racing for a claiming tag (e.g. MSW/MDN II/MDN III—stratified by purse thereby eliminating the need for maiden claiming races). We advocate for the expanded use of technology in the racing office to categorize horses by their conditions, thereby giving racing secretaries the ability to write races that fit the available population of horses. We believe these changes can make racing safer by keeping horses in their proper company. NAARV believes that putting the health and welfare of the horse first is the key to the vitality of the entire horse business.

NAARV is a Kentucky-based 501(c)(6) non-profit organization dedicated to advancing the health and welfare of the racehorse through evidence-based medicine and the continuing education of the professionals and public involved with the sport.