The Biomechanics of Multiple Limb Lameness: Separating Secondary from Compensatory 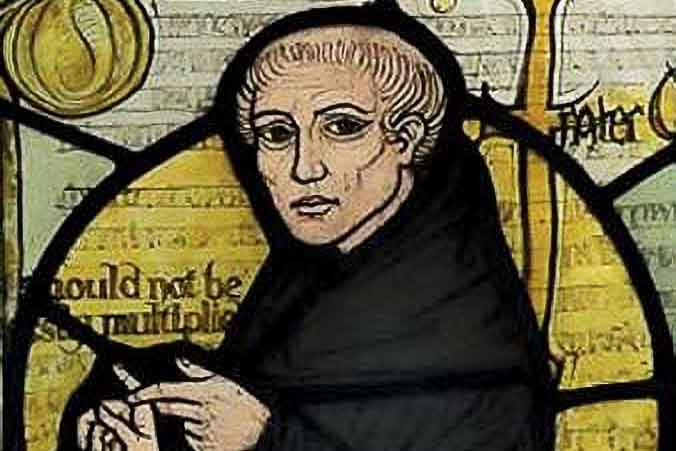 Ockham’s Razor, translated (roughly) as “more things should not be used than are necessary”, is attributed to a 14th century friar/philosopher, William of Ockham.  (In this context, “razor” means principle not a sharp cutting tool).  It is also known as “the principle of parsimony”, which states a general scientific maxim offered by most great scientists before and after Ockham – including Ptolomy, Newton, and Einstein.

What does this have to do with equine lameness?

We can use this principle to help sort out multiple limb lameness using what we know about compensatory movement (lameness due to offloading the primary limb) and what we suspect about secondary lameness due to chronic overload in a second limb.

Disregarding causes of lameness that are frequently bilateral – like navicular disease and distal tarsal osteoarthritis – there are three reasons why a horse will show lameness in more than one limb.

In order of most to least common the reasons are:

The “Law of Sides” explains the patterns.

A horse with primary hindlimb lameness will shift weight forward onto the opposite forelimb when trotting, causing the horse to load that limb more than if not lame in the hindlimb.

By loading the opposite forelimb more than it normally would, this gives the appearance, in the next half of the stride cycle of an apparent ipsilateral forelimb lameness because comparatively the head moves down normally, which is less than in the forelimb opposite the primarily lame hindlimb.

A horse with primary forelimb lameness may pushoff with less force in the opposite hindlimb in order to reduce the load on the painful forelimb. This gives the appearance of a contralateral hindlimb lack of pushoff.

Caveat: Sometimes the horse with a primary forelimb lameness will shift weight back onto the opposite side hindlimb, loading that limb more than it normally would. When the horse lands on the ipsilateral hindlimb to the primarily lame forelimb, the pelvis falls a normal amount, which is comparatively less than on the opposite hindlimb. This gives the appearance of an ipsilateral hindlimb lack of impact.

There is an additional exception to the law of sides when the hindlimb lameness is ipsilateral and exclusively impact type. In this case, the primary lameness is just as likely to be forelimb or hindlimb.

*Because compensatory lameness is not due to pain, it is generally expected that the lameness will resolve when the primary lameness is blocked out.

Secondary lameness is more difficult to study experimentally (you must create lameness in a horse for long periods of time, which is quite difficult), and because of this, we can at best make experiential presumptions from our clinical observations. These secondary patterns make sense when one understands that most weight (>60%) in the horse is borne by the forelimbs.  Not all horses show secondary lameness, but many do.  Chronic overload potentially causes pain in the entire limb or in entire support structures that may span great length in the limb’s anatomy – think the entire suspensory apparatus, the entire foot, all flexor tendons, extensor muscle groups.

The graphic (fig. 1) is a memory aid that summarizes known compensatory and suspected secondary lameness patterns. Of course, the relevant history, careful physical examination, palpation of the limbs, other movement evaluations, and other manipulative techniques may be necessary to resolve all multiple limb lameness presentations.  Two primary lameness conditions simultaneously developing is possible but improbable.  Knowledge of the common patterns for compensatory and secondary lameness can help to decide which limb to block first and when to stop blocking (secondary lameness is tough to block out and will not go away when the primary lameness is blocked out).

It should be noted that these patterns are not easily discernable without using body-mounted inertial sensors.  I certainly do not recognize them well enough with just my eyeballs.  It is not uncommon for me to see the compensatory or secondary lameness but miss the primary lameness.  Use of body mounted inertial sensors has saved me from chasing unproductive blocking regimens.  This is especially helpful when time to diagnosis is important (this is frequently the case) and when horses are difficult or even dangerous to block.  Time is money and you do not want to waste it chasing the wrong limb.